The Success of the SLIM Project: Lessons from the European Sustainable Low Impact Mining Solution Initiative

Many of Europe’s mineral resources are located in difficult-to-access areas, complicating the extraction process. For example, minerals are often found in small deposits, close to the surface, or in populated areas. Miners are also facing technical challenges while exploiting small, complex, or low-grade deposits. In addition to that, mining can cause serious environmental damage, leaving lasting scars on the landscape. Hence, companies find it hard to operate because of high costs and restrictive licensing requirements. However, the European Union’s demand for mineral raw materials is still as high as ever. As a result, there’s a lot of pressure on the European Union mining sector. However, some companies are intent on making the industry cleaner. The SLIM Project, a successful small-scale mining initiative, is a merger of sustainability and innovation. It is a European project aimed at making mining more sustainable, cost-effective, and profitable.

Mining companies often encounter economic, environmental, social, and technological difficulties. Small-scale miners must find ways to reduce their costs, lower waste and tailings, as well as improve safety measures. The present-day equipment is largely based on rock blasting and mobile mining equipment. To date, engineers have not devised a quick fix for small-scale mining invasive technology based on contemporary solutions.

Notably, small-scale mining has a particularly adverse impact on the environment. Mining can cause serious environmental damage, such as air pollution, deforestation, soil degradation, land deterioration, water contamination, and flooding. The EU Green Deal and the Paris Agreement have put small-scale miners on the spot, forcing them to lower CO2 emissions. Therefore, to continue legal operations in the EU, miners must act quickly to find a way to improve their sustainability. Small-scale mine operators also face social challenges as they often lack community support. Mining in populated areas has proven to be difficult, given the environmental and health hazards. Hence, small-scale miners are struggling to build collaborative relationships with local communities.

The Sustainable Low Impact Mining Solution (SLIM) project was developed to address the challenges of modern-day small-scale mining. In light of the intricacies of contemporary rock blasting technology, the creators of the SLIM project proposed a solution. SLIM is an EU-funded initiative designed to promote cost-efficient and sustainable small-scale mining. The project utilizes advanced blast design software to strategically blast and fragment rocks. SLIM’s goal is to reduce some of the harmful effects of small-scale mining, particularly vibrations, air pollution, and nitrate leaching. The project coordinator José Sanchidrián described the project’s approach as “injecting state-of-the-art techniques into the mining operation by developing tools to control the excavation face, fine-tune the processing plant and reduce environmental effects, in order to improve feasibility, and profitability of mines, and gain public acceptance and trust”.

SLIM scientists and engineers developed technologies to characterize explosives, identify blasted rock fragments, and predict the effects of explosives on specific rock types. The project also did wonders for communication between the miners and the locals.

A New Class of Explosives

The SLIM initiative developed special software to enhance the characterization of rocks. Smart blast design software, unlike contemporary systems, minimizes the environmental damage caused by rock blasting. The new method significantly reduces groundwater contamination, which is essential for minimizing the harmful environmental effects of small-scale mining. The innovation is proven to be effective and can be employed in other European countries and worldwide; SLIM is ready to go global.

The system contains a carefully-designed simulation model that helps emulate the potential rock fragmentation, velocities, and the overall environmental damage caused by the explosion. The novelty significantly improved the quality of data available to small-scale miners. The model allows companies to strike a balance between sustainability and mining efficiency.

SLIM designed a cost-efficient Measuring While Drilling (MWD) system that analyzes a series of photographs to determine the potential impact an explosive might have on a rock. A system uses light detection and ranging (LiDAR) to determine the overall rock damage from the blasting and overview the subsequent environmental impact. Before the project, mining planning was erratic, as companies used non-direct methods in their operations.

SLIM created special software that companies can use to control vibrations after the blast. The predictability allows miners to mitigate the harmful environmental effects. Project engineers intended to improve the surface blasting processes, which is only possible with software that provides reliable data and accurate environmental assessments of mining operations.

SLIM Spanish partner Minera de Órgiva had significantly improved its production quantity by doubling the mining efforts at the Sierra de Lújar site. The project report mentions that SLIM “enabled the profitable mining and processing of lower yielding ore – from a cutoff grade of nearly 40 % fluorite to an expected cutoff of 20 % by the end of the project. The result is more than a threefold increase in reserves and extending the working life of the mine by at least 50 years.” Hence, the project partners were able to collect an abundance of useful data from fieldwork. The information derived from the research allows other small-scale mining companies in Europe to continue positively contributing to the development of sustainable and cost-effective rock blasting technology to improve mining automation.

Apart from technological advances brought by SLIM, the project team implemented a variety of social communication practices. Connecting the local communities and small-scale miners is essential for the smooth operation of a business. Hence, a company’s communication strategy must incorporate compelling and creative initiatives to ensure transparent messaging and improve relationship building. For example, VA Erzberg GmbH and Nordkalk mining sites launched mining tours and opened a mining museum. Notably, The Tytyri Mine Museum, organized by Nordkalk is the most-visited tourist site in the city. Other social communication initiatives include social media awareness campaigns and the development of spaces for community dialogue. Some mining companies are leading public meetings with the locals, proactively contributing to the sustainability efforts, and conducting activities for young people and children.

The SLIM Project is a prime example of how technological innovation and environmental awareness can revolutionize the mining industry. Engineers, scientists, and environmentalists came together to improve the efficiency and sustainability of selected small-scale mining sites in Europe. The EU has contributed a total of € 6 979 200 for the implementation of the project. Initiatives that aim to minimize environmental damage generally attract significant funding. SLIM developed a new generation of explosives, a cost-efficient Measuring While Drilling (MWD) system, and conducted extensive fieldwork, resulting in the achievement of project goals and objectives. Just as importantly, the mining sites were able to improve their relationship with the local communities by taking a creative and transparent approach to social communication. 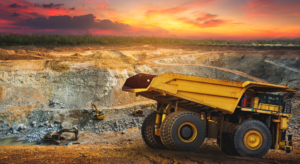 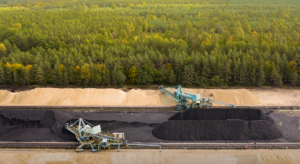